Budgie colors and their diversity 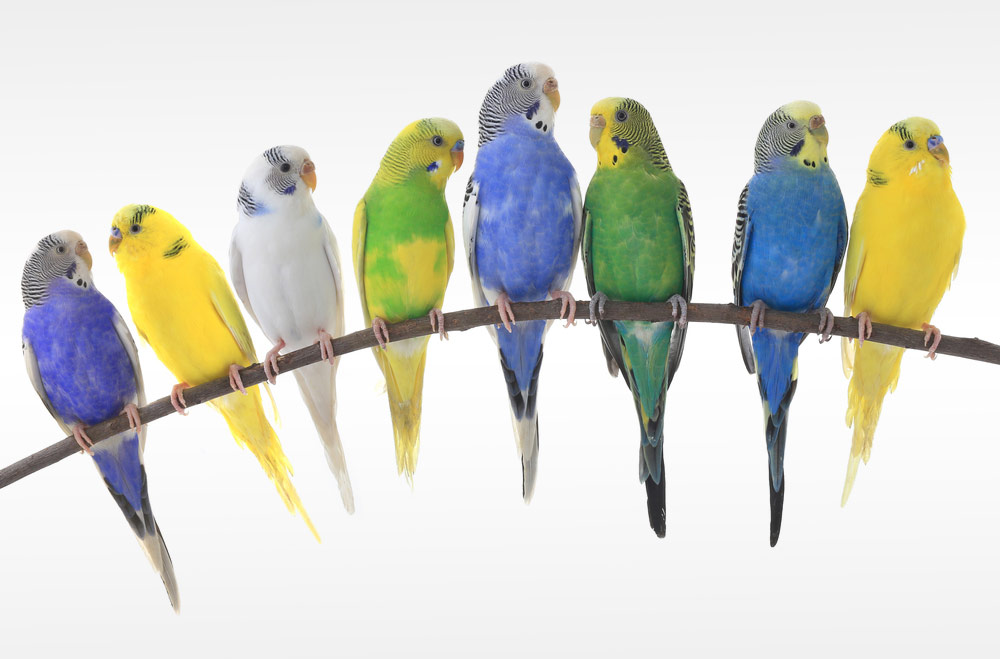 Budgie colors are directly related to the number of genes influencing pigmentation in the bird. The intensity of the colours is determined by the number of the present genes.

Budgies are very popular for their many color variations; in fact, it’s one of the many things that make them special. Budgies’ colors range from light green to lutino color and even as far as grey.

Colors make budgies very attractive, not just to humans but also their spouse when it’s mating season. Their colors are usually bright and are determined by mating and their genetic makeup.

Here are some pretty popular budgies’ colors and a little information on them: 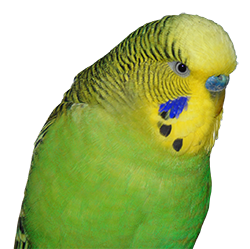 Green is thought to be the original color of budgies as it is the most common among them. It is believed to act as a defense mechanism that allows them to blend in with leaves and hide from predators.

Blue budgies are mutations or variations from the original green budgies. They have lighter and darker shades of blue budgies that usually have black or blue stripes with white edges and also cheek markings of either purple or blue.

Blue budgies are very hard to breed because they are genetically rare. To learn more about breeding budgies, check the article Breeding budgies and everything you need to know.

This is another color variation of budgies. They usually have an even grey tone on their body but are sometimes mixed with violet. The color patches on their cheeks can range from deep blue to silver grey and their tails are deep black.

This is one of those mutations often mistaken with grey budgies but is different. Mauve budgies have a deep blue-grey color on their bodies and blue main tail feathers. They also have deep violet cheek patches, unlike grey budgies that are deep blue or silver grey.

Purple budgies are very rare. They usually have black or purple stripes with white trim and black spots. The cheek markings are of a dark purple with a black-tipped tail.

These budgies have various combinations of color mutations. They are gotten from cross-breeding clearwing or opaline or blue and yellow-faced budgies. They can also be produced using spangles instead of clearwings. The result would be a budgie with irregular splashes of colors and several markings around its neck.

Albino and Ino budgies are produced due to a total lack of melanin which is removed by the ino gene. Melanin is the substance present in the skin the produces dark colors, once it is absent in a blue series budgie, it becomes a white (albino) and a green series budgie becomes a yellow (lutino). Although they are cute, these albino budgies require extra care because their eyes can get hurt from the sunlight.

Read our article about different types of parakeets, their beautiful color palette and personality will amaze you.

Check out our budgies photo album and send us your best budgerigar/parakeet pictures if you want them featured in the album. 🙂

Budgie colours are directly related to the number of genes influencing pigmentation in the bird. The intensity of the colors is determined by the number of the present genes. A budgerigar may have zero, one, two, or even more. Wild budgies have less number of genes for pigmentation, therefore, lighter in color. As a result of their bright, cheery nature and colorful feathers, budgies are the most widespread birds in aviaries.